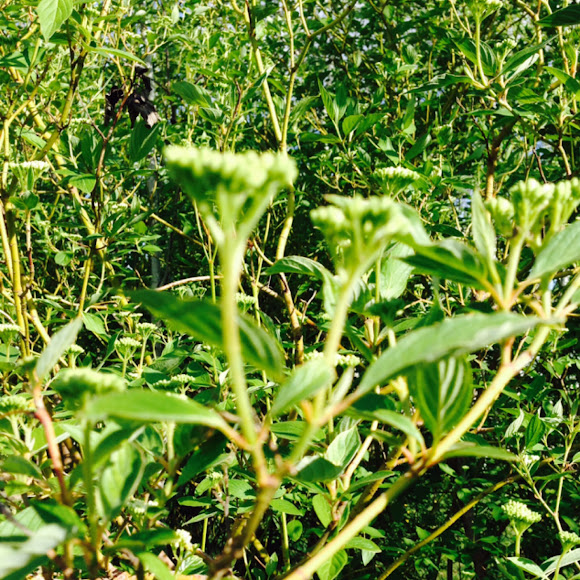 White flower clumps May and July blooms 5-10 feet tall Wildlife enjoy its white berries Stems are green in summer and red in winter!

Prairie and grassland. Also flourishes as undergrowth in new forest

Also known as Cornus Stolonifera. The natives smoked the inside bark in their pipes. They called it Kinnickkinnick ("that which is mixed"). It was prepared by scrapping the bark and toasting the shavings over the fire. Thick wands of Red Osier Dogwood were used for pipe stems. The red color of the bark was also used to produce a red dye. The branches are excellent for making baskets. Red Osier Dogwood is useful for erosion control on steam banks. The shrubs are grazed on by moose and elk. This is usually the strongest proof of their presence. When toasted and dried, the inner bark can be mixed with tobacco to cancel out the undesirable effects of nicotine. Considered good for any illness relating to the lungs. Fined powdered, can be used on wounds to stop bleeding. Used for various skins conditions. Native women would use a poultice for the pain on the nipples cause by breastfeeding.