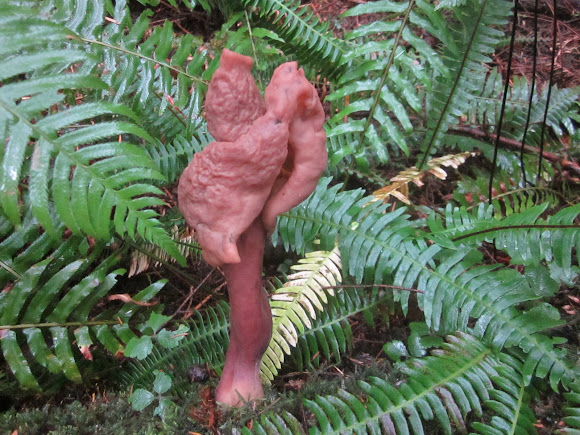 Reddish brown fungus with cap and stipe the same colour. Stipe lightens slightly at the base.

Found along the horse trails in Golden Ears Park. I have shown this fungus as ambigua rather than infula because of the strong colouring on the stipe.

Thank you for your comments. We find the strangest things hiking the trails of the Fraser Valley.