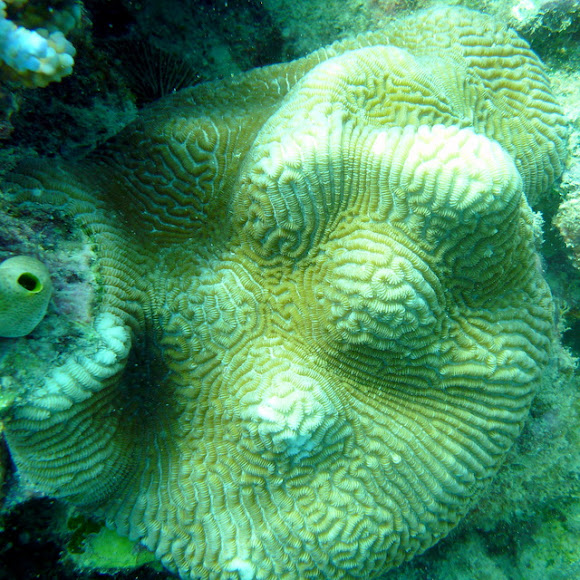 Most of the reef is relatively new, the colourful branching and plate corals have only been around for 50 million years. The Faviidae family (Brain and Honeycomb corals) are much older and if they could talk they could tell us about the mass extinction that killed the giant marine reptiles and dinosaurs. They would probably have legends and explain how they managed to survive because they were so smart, so smart in fact that they were named Brain Corals. Guardian: Marta Guss