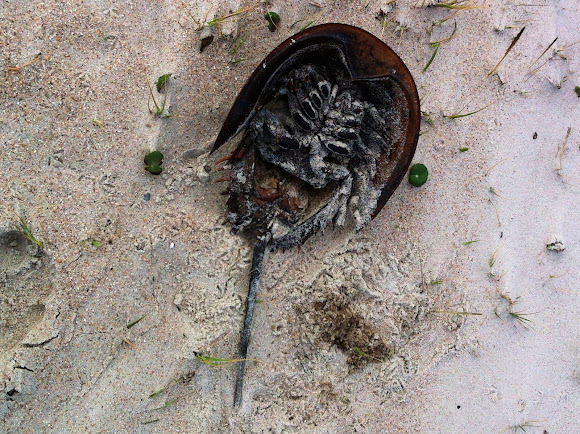 Horseshoe crabs belong to the phylum of Arthropods, which consists of animals having an articulated body and limbs. The three major classes of Arthropods are Insects, Arachnids and Crustaceans. The horseshoe belongs to its own class called Merostomata, which means "legs attached to the mouth." (See Anatomy) Though they are called "crabs," a quick look at their taxonomy shows that they're not. In fact, they are most closely related to trilobites that existed 544 million years ago.

This species of horseshoe crab is found along the eastern coast of North and Central America.

This picture was taken in Amelia Island, FL, in November of 2011. Both horseshoe crabs were by the beach.

Hi DBO, I have moved this one to the "Arthropods" category.