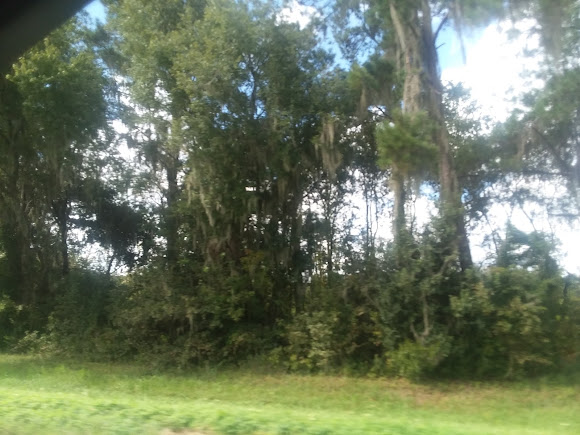 Large clusters of Spanish Moss growing on bald cypress (Taxodium distichum) on a roadside near Cocoa Beach, Florida. In spite of the name, Spanish moss isn't a moss at all. It's a bromeliad. It takes in water through its trichomes. Small hair like protrusions on its leaves. It's small flowers are almost inconspicuous and its spreads by seed, often with wind currents to other tree branches. There is a common misbelief in the American South that even I believed in that Spanish moss was a breeding ground for chiggers, small mites in the Trombiculidae group. This simply isn't true, at least not the extent believed. Spanish moss is a micro habitat for small spiders, ticks, springtails, barklice and other mites however, so caution should still be exercised.

Native to much of Mexico, Bermuda, the Bahamas, Central America, South America, the Southern United States, West Indies and is also naturalized in Queensland, Australia.