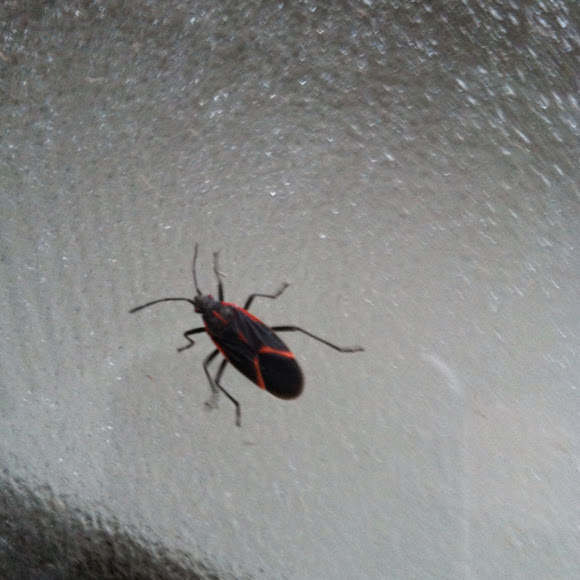 Boisea trivittata is a North American species of true bug, commonly known as the Democrat Bug, Boxelder Bug, the Zug, or Maple Bug. It is found primarily on boxelder trees, as well as maple and ash trees. The adults are about 12.5 millimetres (0.49 in) long with a dark brown or black coloration, relieved by red wing veins and markings on the abdomen; nymphs are bright red. from Wikipedia