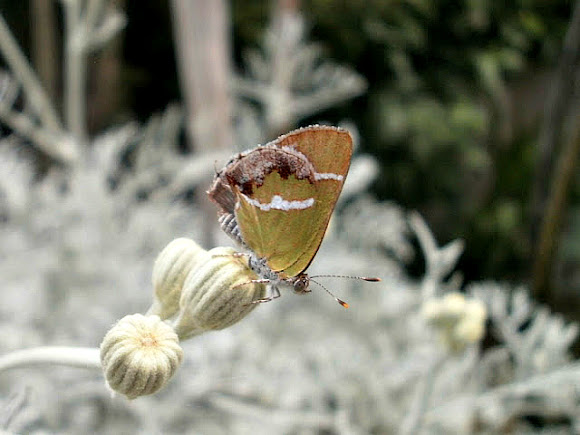 The upper side of the wings is dark, iridescent purple in males. Females are grayish-brown, sometimes having iridescent purple on the basal area of the wings. The underside of the wings is bright, lime green in both sexes. Both wings have a bright silvery-white postmedian band. The silver band on the hind wing juts out towards the margin and turns back in, forming a "V" shape. Beyond this band, there is a dark brownish-red patch with a variable amount of silvery-white frosting. The frosting extends across the entire edge of the hind wing. The hind wings have one pair of tails.The wingspan ranges from 2.2 to 3.2 cm.

A breathtaking series! So beautiful!