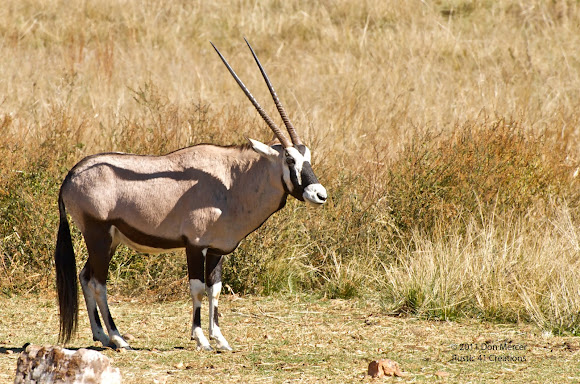 The common beisa, or East African, oryx is a species of antelope generally found in East Africa. Adults weigh around 175 pounds. This sub-species is differentiated from the fringe-eared oryx primarily with the latter animal's having ears that appear fringed or with tassels. They are herbivores.

These animals live in semi-desert and steppes where they usually move in groups of five to forty.

This animal, along with a few others, were seen at the Rhino & Lion Park outside Johannesburg.