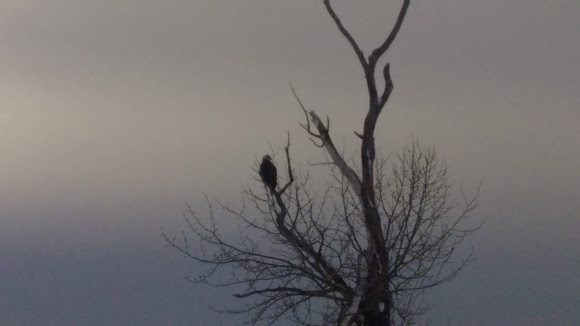 The plumage of an adult bald eagle is evenly dark brown with a white head and tail. The tail is moderately long and slightly wedge-shaped. Males and females are identical in plumage coloration, but sexual dimorphism is evident in the species, in that females are 25% larger than males.[2

The bald eagle occurs during its breeding season in virtually any kind of American wetland habitat such as seacoasts, rivers, large lakes or marshes or other large bodies of open water with an abundance of fish. Studies have shown a preference for bodies of water with a circumference greater than 11 km (7 mi), and lakes with an area greater than 10 km2 (4 sq mi) are optimal for breeding bald eagles.