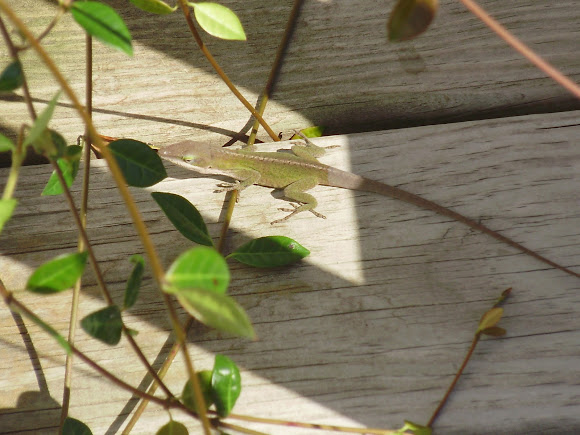 Quick moving lizard with a long thin tail. Their heads are kinda triangular and they don't seem to get overly large. Nice green color, though they can look brown/gray too. Males have a bright red/pink "patch of skin" that they can extend from under their jaw. Feed on insects. Also known as the American or Carolina Anole.

Found in the southern United States. Likes to hide in trees and shrubs. Can also be found in plants around houses.

I saw this guy first thing this morning. I was actually pretty suprised to see one so "late" in the year. Usually once it starts to cool off, I don't see them around the house until early spring. Maybe the storm blew him out of hiding?