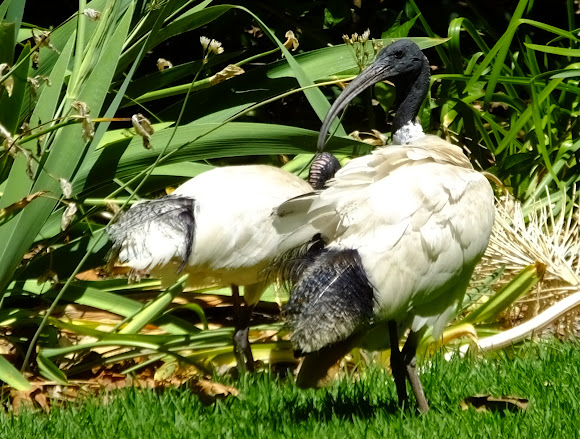 Widespread across Australia, the white ibis, sister species to the African sacred ibis, has moved its range into the urban areas of Australia since the '70's likely guaranteeing its survival as a species. JUveniles have feathers on the head and neck

Botanic gardens near the food service

The black head against a white body makes it difficult to get details in the face. I took about 100 shots and the first frame, aside from being reduced in size for PN, is straight out of the camera.