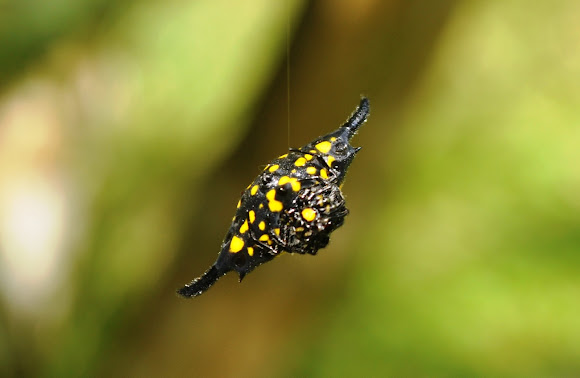 Rather than being a single species, horned spiders, also known as Spiny Orb Weavers, are a genus that includes as many as 70 known species, with many more yet to be discovered. They are found all around the world and are completely harmless despite their frightening appearance; the horns and spines are supposed to be a deterrent to birds. These spiders are also noted for adding small silk “flags” to the edges of their webs. These flags make the web more visible to small birds, which can then steer away before becoming entangled on the web.

Horned spiders are found all around the world, often in gardens and near houses.

thanks asergio and ashish.. :D