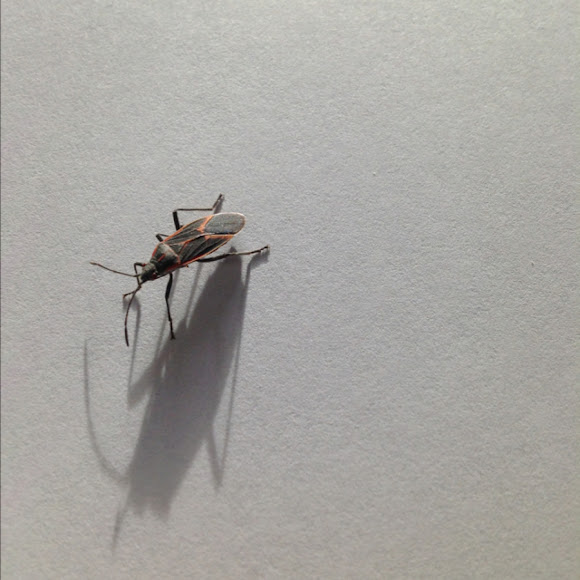 I found this bug and immediately recognized it, and after photographing it, put it outside. The boxelder bug (Boisea trivittata) is a North American species of true bug. It is found primarily on boxelder trees, as well as maple and ash trees. The adults are about 12.5 millimeters (0.49 in) long with a dark brown or black coloration, relieved by red wing veins and markings on the abdomen; nymphs are bright red.

It was found in my house but, it is distributed across North America. This particular is in a semi-arid desert area.

These bugs are considered as pests to some people.