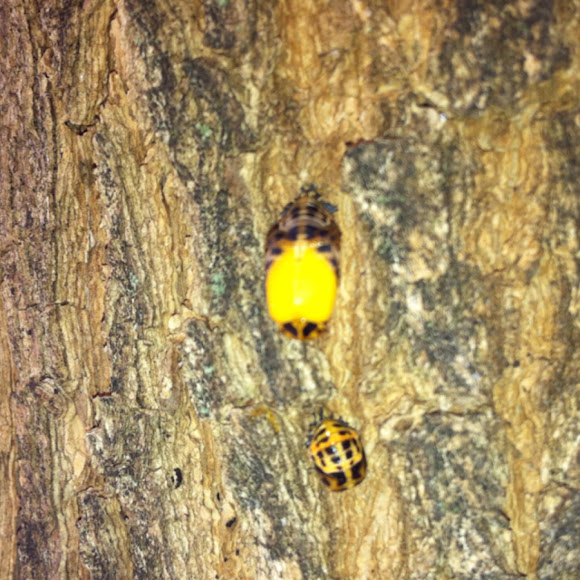 The Common Spotted Ladybird Beetles are medium in size. They are beautifully bright orange in colour with 23 black dots on its wing-covers. As this one is newly emerged it is yellow and has not yet developed it's spots.

Observed on the trunk of a Blue Jacaranda tree outside my living room window, at this time of year the tree is covered with aphids. So if your a ladybeetle it's like a one stop shop!