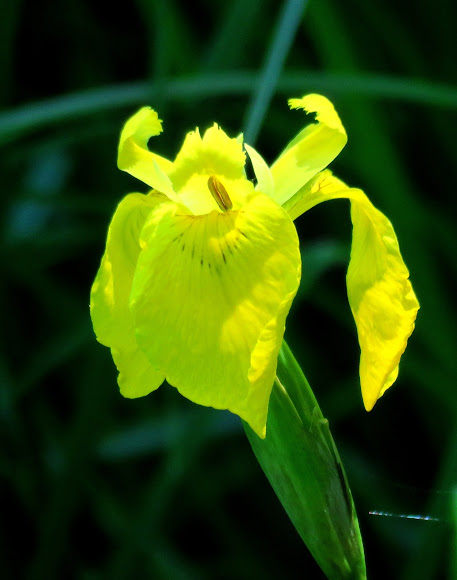 This vigorous water iris is a herbaceous flowering perennial plant, native to Europe (also north Africa and western Asia), and growing up to 1,5 m tall. It has erect and elongated sword-like leaves, about 1 m long and 3 cm wide. The flowers are bright yellow, have typical iris form and mesure approx 10 cm in diameter.

This plant is found in wetlands on low altitude, as it tolerates submersion, low pH, and environments lacking dissolved oxygen.

As this water iris grows best in very wet conditions, it was often used as an ornamental plant in wet gardens. In some regions of the world, it has escaped and established itself as an introduced species. In these regions, it is considered an invasive species, as it proves very difficult to exterminate it. Historically, the rhizome was used as herbal remedy, most often to provoke vomiting.