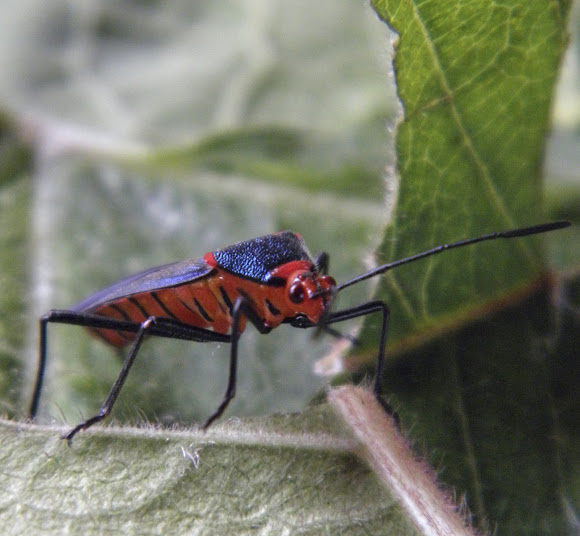 Coreidae are tipically tropical and subtropical inhabitants. This one we found it in Central Highlands of Brazil, an area of savannah ("Cerrado"), near Brasilia, Federal District.

According to Clifford Keil (Catholic University of Ecuador) photographs sometime do not show important diagnostical characters necessaries to determine species. "We have to be careful in the Neotropics as there are substantial numbers of undescribed species even in well known groups." So, we just came to genera (Sphictyrtus sp.), omiting an apparent evidence of sp, "chrysis" in this case.