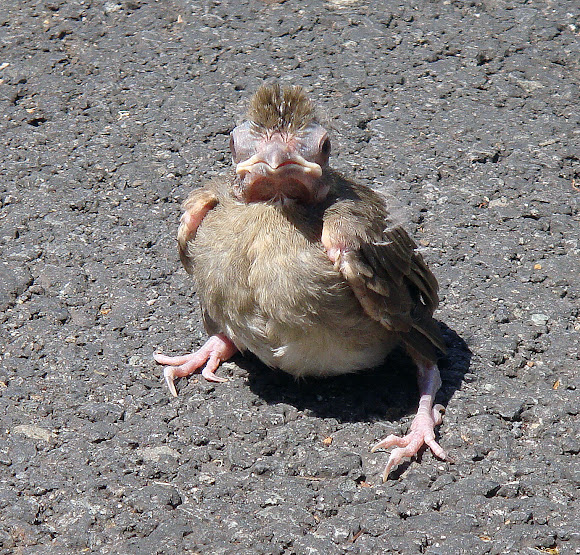 Spotted, while out walking the granddog, in grass beneath a tree. I had heard and seen a pair of cardinals flitting about before I spotted their chick, which had almost certainly fallen from its nest or tried its wings just a bit too soon. When I approached it, it "flew" off--attaining an maximum altitude of about six inches along a flight path 8-10 feet long. This scenario was repeated several times, during which I captured the first two uploaded images, until I managed to "herd" it off of hot asphalt pavement and back beneath its tree (where, never mind my "helpfulness", it chose not to remain). All this time, its parents flew around noisily, but never approached either me or their chick closely. I did manage, from a distance, to capture the adult male and chick in a single image, number three hereto. The female parent never stopped long enough to permit imaging. I hope the chick survives.