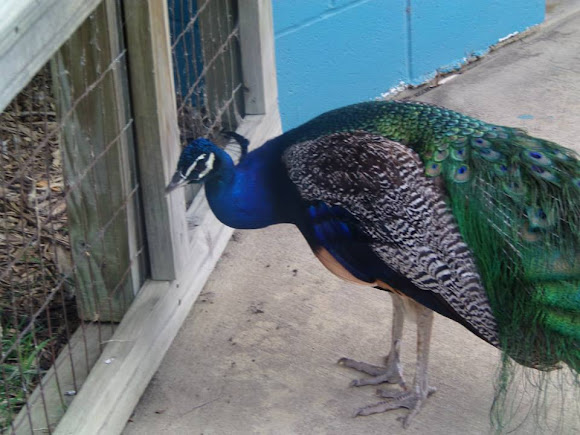 This Indian peafowl, also known as the blue peafowl, is a common sight at here at the Independence, Kansas Ralph Mitchell Zoo. You can see dozens of them, as they are given free roam of the place. Fun fact, white peacocks exist, and they're not albinos,they have a genetic mutation that is known as leucism. The zoo has a few of them running around I'll see if I can't get pictures.