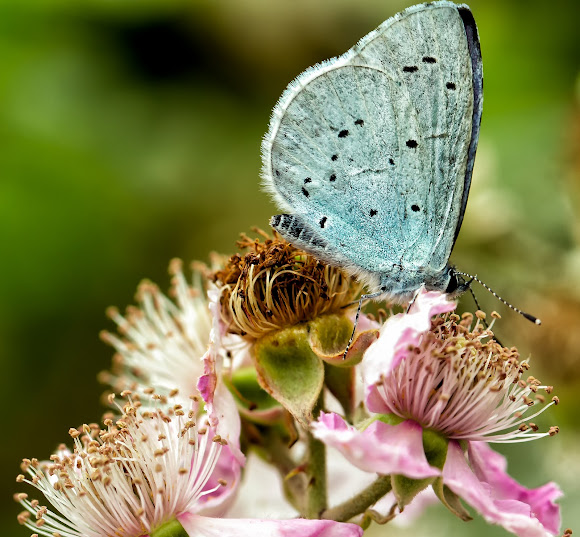 The only blue butterfly likely to be seen in trees in Britain. It differs from most other blues in it's silvery blue underside and has no orange. The upper-sides are shiny blue with narrow black margins in the male

This is a butterfly of shrubs rather than grassland and it roams the country side rather than staying and living in close-knit colonies as other members of the family do. It flies March - October in scrubby and wooded habitats, including parks and gardens.

There are normally two distinct generations each year and, in general the eggs of the first generation are laid on Holly and the second generation eggs tend to be laid on flowering Ivy. Large numbers of the hatching caterpillars fall prey to parasitic wasps such as Listrodomus mycthmerus