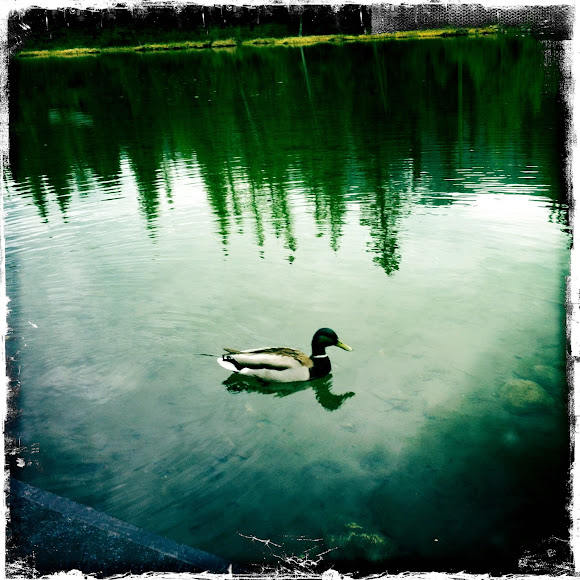 The Mallard is a medium-sized duck, which often is a bit more heavy than other dabbling ducks. A mallard duck can vary in size. A typical mallard duck is 50–65 cm (20–26 in) long, has a wingspan of 81–98 cm (32–39 in) and weighs 0.72–1.58 kg (1.6–3.5 lb). The male mallard has a glossy green head with a grey belly and wings while the the female species is mainly brown. Both a mallard and a northern pintail's habitat are in the wetlands, like the tundra. A symbiotic relationship that a mallard ducks has with beetles, crustaceans, and worms is sort of a parasitism relation because the ducks feed off of them. The colour of their feathers help them camouflage in their environment by how a female duck's brown feather will help them blend in the marshes and potholes. Also their wings and webbed feet help them take flight in the water vertically. The type of reproduction that mallard ducks have is sexual reproduction. They mate with other female ducks.