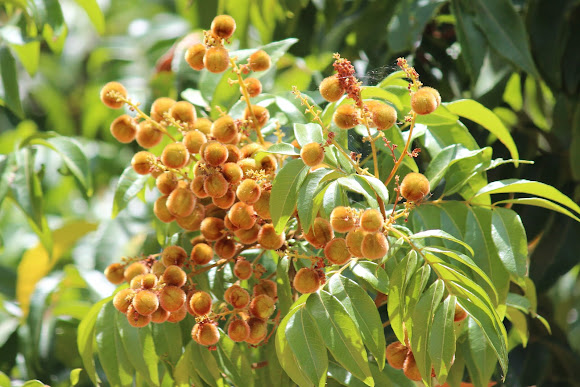 Flowers are yellow/brown on branched stalks from branchlet ends from March-April. Fruit is a densely hairy, brown capsule splitting into three segments with a single black seed in each. Ripe August-September Yes, it has ornamental compound foliage and fruit. A very hardy plant. Propagate from fresh seed Bark was used by the Aborigines as a fish poison. It was also used as a foaming agent for beer during World War 1.

Thank you very much as always Argy for your help & ID on this. Leuba, I had no idea on this one? What a cool tree though!

So you can use it for soap Leanne !

Looks a bit like Dimocarpus longan to me - delicious !

the fruits look attractive. is the native to Australia ?-looks Indonesian