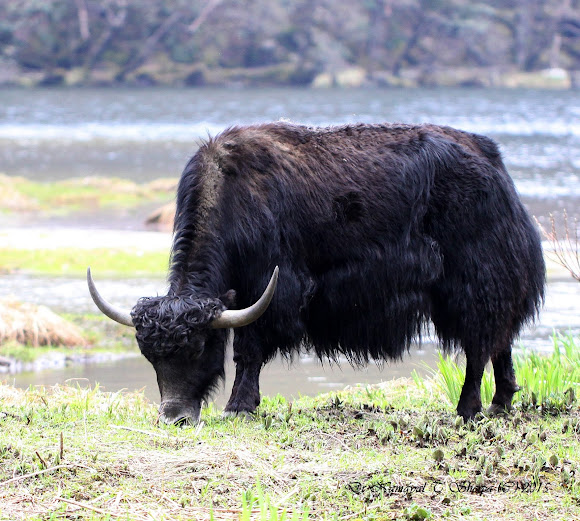 The Yak (Bos grunniens) is a long-horned bovid found throughout the himalaya region of south Central Asia, the Tibetan Plateau and as far as Mongolia and Russia. Most Yaks are domesticated Bos grunniens. (Yak actually are the male and the female counterpart is called the dr-i).

Alpine pastures. Here by the bank of Memencho (lake) biting on the first sprouts of few greens after a the long winter snow.

This young male spotted by the bank of Memen Tso (lake) grazing on just sprouted grass after a long winter snow got melted. It belongs to some one.