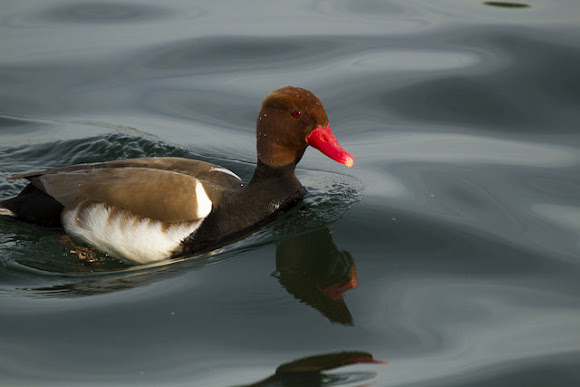 The adult male Red-crested pochard is unmistakable. It has a rounded orange head, red bill and black breast. The flanks are white, the back brown, and the tail black. The female is mainly a pale brown, with a darker back and crown and a whitish face. Eclipse males are like females but with red bills. They are gregarious birds, forming large flocks in winter, often mixed with other diving ducks, such as common pochards. They feed mainly by diving or dabbling. They eat aquatic plants, and typically upend for food more than most diving ducks.

Seen at the Zurich Lake.