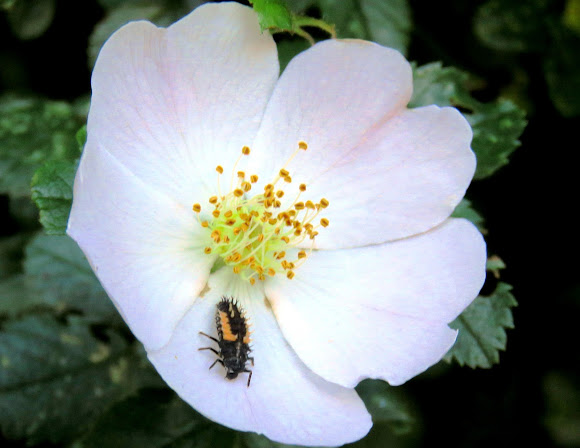 Known as harlequin ladybird because it occurs in numerous color forms, other common name include multicolored Asian lady beetle. Pictured here are larvae, on first three photos, and pupae, last three. Larvae is rather large for coccinellid, larvae being 10 to 12 mm long; mostly black in color with distinguished orange markings. Larvae had four rows of three-headed thorn-like structures on the back.

The species is native to eastern Asia, but has been artificially introduced to Europe, as auxiliary in agriculture. It is now common, well known, and spreading in Europe, but also on other continents. Here observed in local forest like park, at the outskirts of the town center.