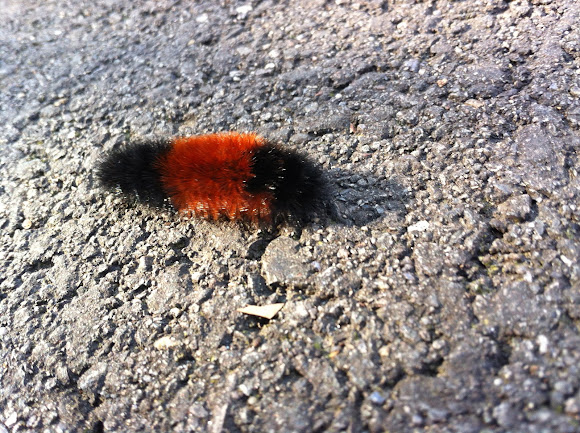 The insect can be found in many cold regions, including the Arctic. The banded Woolly Bear larva emerges from the egg in the fall and overwinters in its caterpillar form, when it literally freezes solid. First its heart stops beating, then its gut freezes, then its blood, followed by the rest of the body. It survives being frozen by producing a cryoprotectant in its tissues. In the spring it thaws out and emerges to pupate. Once it emerges from its pupa as a moth it has only days to find a mate before it dies. Caterpillars normally become moths within months of hatching in most temperate climates, but in the Arctic the summer period for vegetative growth and hence feeding is so short, that the Woolly Bear feeds for several summers, freezing again each winter before finally pupating. Some are known to live through as many as 14 winters.