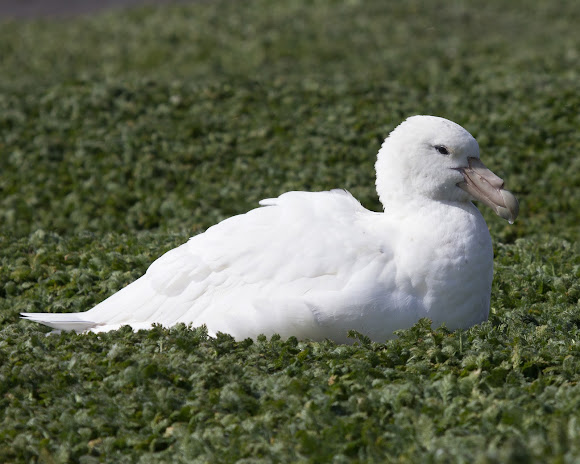 Largest of the fulmarine petrels (body length 85-100cm/wing span 46-58cm). Generally paler than the similar Northern species but polymorphic with the majority of birds being mottled brown (last image) and a few showing the white morph. Bill tip in adults shows a greenish tint.

Cold water circumpolar of the Southern Ocean and Antarctic. Main breeding areas on the Antarctic Peninsular and Sub Antarctic islands of the the southern Atlantic and Indian Oceans and Macquarie Island in the south Pacific.

Images taken at Macquarie Island except the white morph flying bird that was taken off Campbell Island in New Zealand territory. All but last image showing white morph birds but all clearly showing the greenish bill tip.

Thank you Mark. Is it my imagination or have you just got younger?! Cute avatar. One of yours?

Thank you Polilla. At first glance these white morphs look like albatross when they are flying.