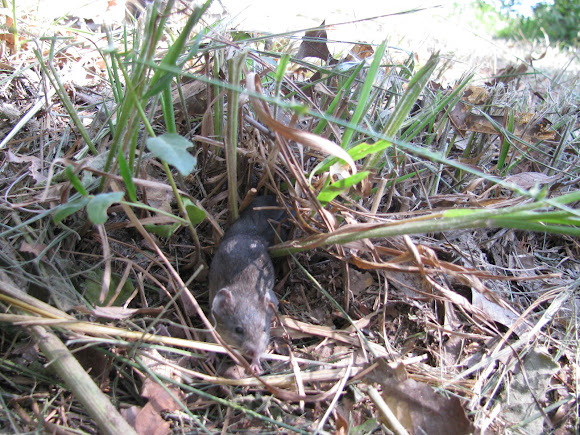 If this is an Eastern Harvest Mouse, they are normally around 12.6 cm long with an additional 6 cm of tail. They are uniformly brown mixed with black hair, giving them a darker look than most mice. I came to the ID based on tail length, venter color and geographic distribution. There were only a few found in Eastern Texas and this was the best match even though it is a poor match for the picture on Wiki. I will gladly change the ID if someone has a more positive one.

This mouse is found in the eastern portion of Texas. This was found in a fencerow behind a woodpile in pine forest. They eat mostly seeds

She had 2 babies and was leaving the nest when I saw her. After the photo-shoot, she and her babies were returned to their nest. She didn't seem traumatized at all :-) I was surprised at how tenaciously the babies hold on, being dragged (literally) all over by mom.