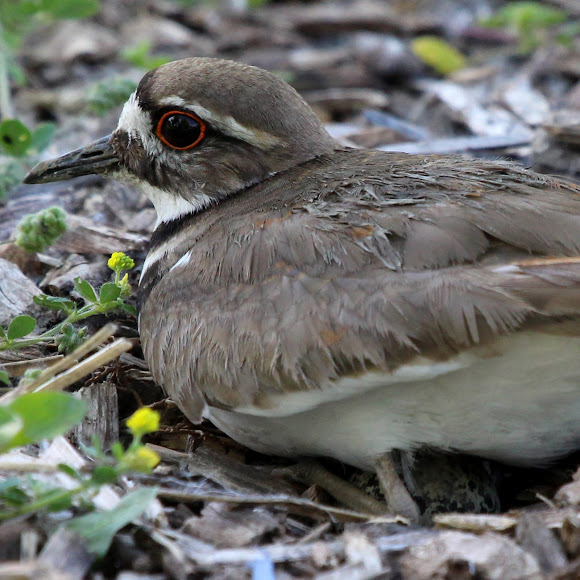 Series: I found and observed this adult female Killdeer with her egg for the past few days. The spot in which she chose to make a nest was of a little concerning as it was only 10 meters or so from a active freshwater pond and in an open grassy area frequented by families with children running around. She would leave the egg for short amounts of time, but would never ventured too far. Whenever a human would stroll by or come too close to her egg, she would returned quickly to protect it. NOTE: The following morning, I found a large Snapping Turtle digging in the exact spot where the mother and egg were located, with no sign of either of them (I posted these turtle photos separately).

Grassy area about 10 meters from a freshwater pond.

Look for Killdeer on open ground with low vegetation (or no vegetation at all), including lawns, golf courses, driveways, parking lots, and gravel-covered roofs, as well as pastures, fields, sandbars and mudflats. This species is one of the least water-associated of all shorebirds.

Wonderful series Joseph! I wonder what happened to the female and egg in the end... Great info. Thank you for sharing :)