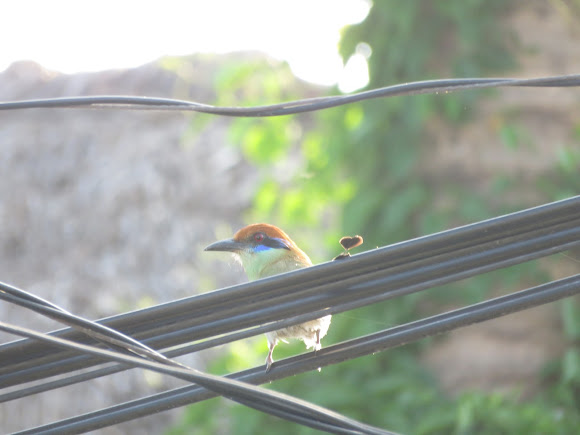 Russet-crowned Motmot is a beautiful Coraciiform that occurs in both dry and humid forest in Central America. It is largely blue-green above with an orange-brown cap, long blue tail with dark, racketed tip, green underparts, dark central chest spot, and black and blue facial plumes. Several populations exist: one contiguous group that ranges widely through western Mexico is comprised of three subspecies, while an isolated group in central Guatemala is better differentiated than the other Mexican subspecies. Like other motmots, Russet-crowned Motmots hunt by sitting and waiting for small invertebrates such as lizards, but will also feed on fruit.

Wonderful way to start a Sunday.