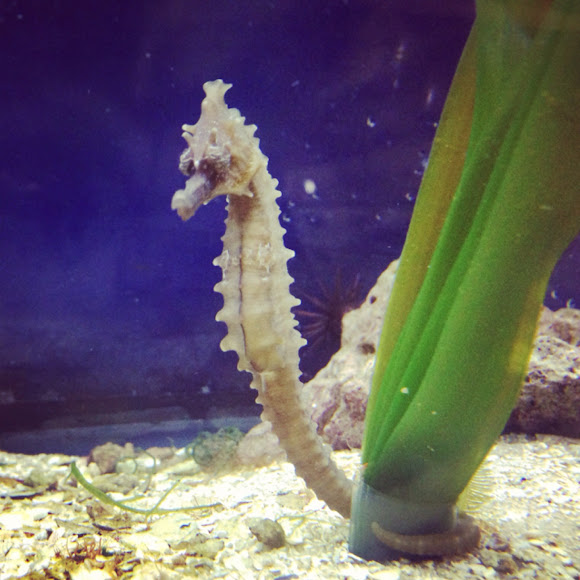 Seahorses range in size from 0.6 to 14 in (1.5 to 35.5 cm). They are named for their equine appearance. Although they are bony fish, they do not have scales but rather thin skin stretched over a series of bony plates, which are arranged in rings throughout their body. Each species has a distinct number of rings. Seahorses swim upright, another characteristic that is not shared by their close pipefish relatives, who swim horizontally. Razorfish are one of the only other fish that swim vertically like a seahorse. Unusual among fish, seahorses have a flexible, well-defined neck. They also sport a coronet on the head, which is distinct for each individual.

Seahorses are mainly found in shallow tropical and temperate waters throughout the world, and prefer to live in sheltered areas such as seagrass beds, estuaries, coral reefs, or mangroves. In Pacific waters from North America to South America there are approximately four species. In the Atlantic, the H. erectus ranges from Nova Scotia to Uruguay. H. zosterae, known as the dwarf seahorse, is found in the Bahamas.