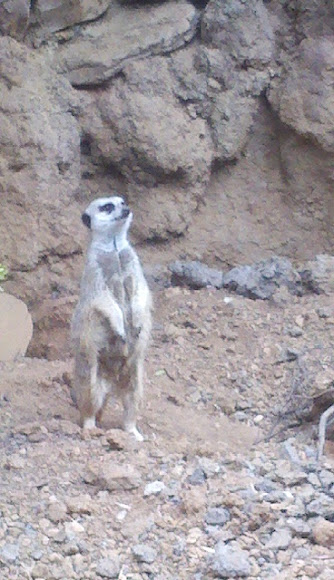 The first photo features a meerkat (alternately known as a suricate) sentry, on the lookout for predatory birds. But even the ones nestled into the relative safety of the rocky enclosure's many holes even kept their eyes on the skies (hurr hurr hurr a rhyme) to make sure the tight-knit community stayed safe.

The meerkats at the Houston Zoo today seemed very agitated today, likely because a news van parked nearby and the antennae scared them.