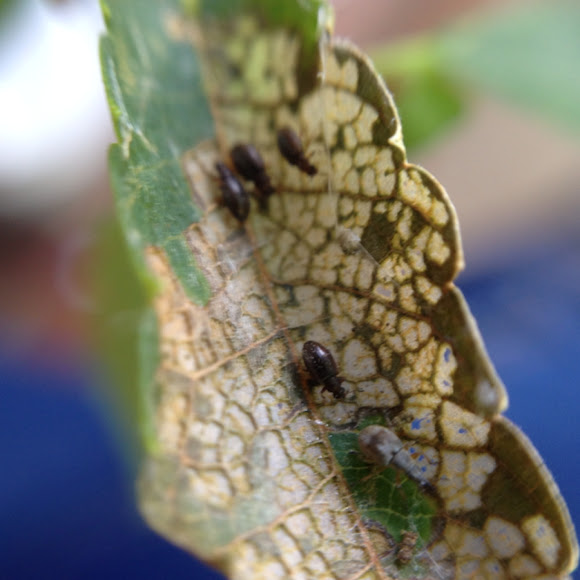 Two unknown insect species interacting, for species interaction mission. One appears to be a weevil and the other a miscellaneous tiny brown beetle. Brown beetle chases weevil away from group of browns, then weevils meander around single browns. Both about 1mm in length.

Both species have been "spotted" separately, but I thought I'd add this due to a mission of species interaction.. Went looking for the culprit of leaf damage, don't think I found it, but found other cool things. I like weevils and their big noses - as a nerd child I knew them as 'gonzo beetles' :)

Some of these are weevils.