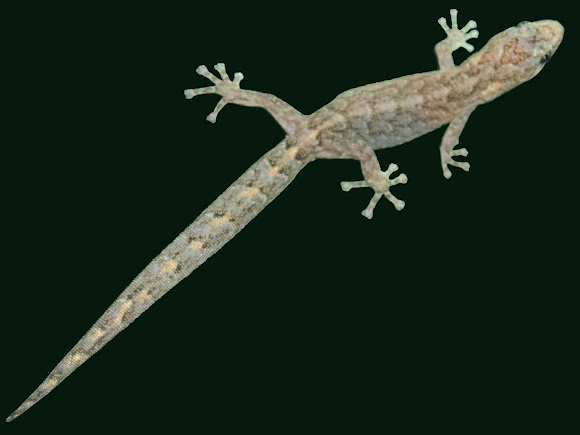 Exploring a bungalow window at night.

Nocturnal. While photographing window bugs a piece of tail flicked past my view and I knew immediately it was a gecko. So pleased to find them here after 17 years of wondering. They used to exist at my old address 50km away. This one was photographed with very complex light coming through the window so I have tried to eliminate the background without affecting the gecko image. Only one shot from a distance unfortunately as the flash sent him scurrying but I know where he lives now :-) so more to come when I get my good camera back.?
"The Marbled Gecko is widely distributed throughout western and northern Victoria. It is common in Melbourne, but may have moved here after [European] settlement due to the transport of granite rocks from its natural habitats. It is an arboreal species and hides under the bark of trees, fallen timber or logs during the day.
......Marbled Geckos mate in late summer to early autumn. The females retain sperm until fertilisation, which occurs in the late spring to early summer. They produce one clutch annually, containing two eggs." - Victoria Museum.
class: REPTILIA
subclass: LEPIDOSAURIA
order: SQUAMATA
suborder: GEKKOTA
family: GEKKONIDAE
genus: Christinus