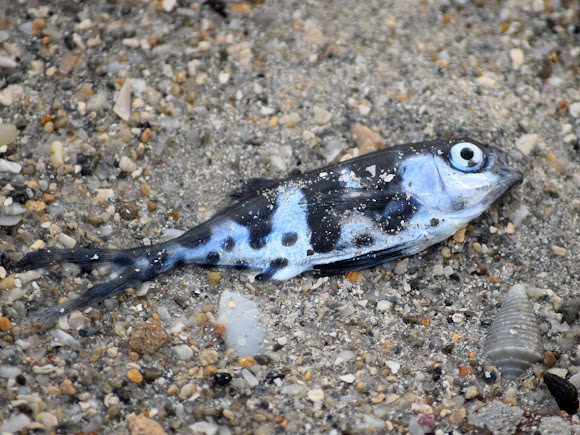 Native to the Atlantic, Pacific and Indian Oceans, adults are generally found at depths from 200 to 1,000 m (660 to 3,280 ft). It is notable for its ability to live within the deadly tentacles of the Portuguese Man-o'-War.

I was a bit stumped this morning when I found about 7 of these fish dead on the beach shore. They were of varying sizes from about 2 to 4 inches. I didn't remember anything like it in my reference books, or seen while diving and snorkeling. Once I managed to ID them it made sense though, as there were many Man-o-Wars also washed up along the beach as seen on the last photo. The washed up Man-O-Wars are a common sight, but I had never come across their little passengers.