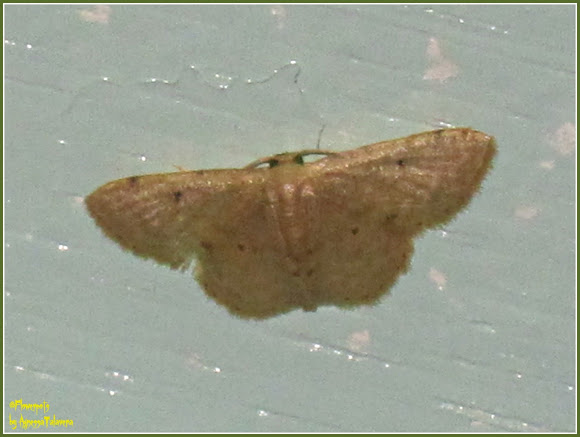 Small tannish-coloured moth, with wingspan of just about 12mm. The geometer moths of family Geometridae (Leach, 1815), also called inch-worm and looper moths. Many geometrids have slender abdomens and broad wings which are usually held flat with the hindwings visible. As such they appear rather butterfly-like but in most respects they are typical moths: the majority fly at night, they possess a frenulum to link the wings and the antennae of the males are often feathered. They tend to blend in to the background, often with intricate, wavy patterns on their wings. In some species, females have reduced wings. Most are of moderate size, about 3 cm. (1.2 in) in wingspan.

Spotted near the backyard.