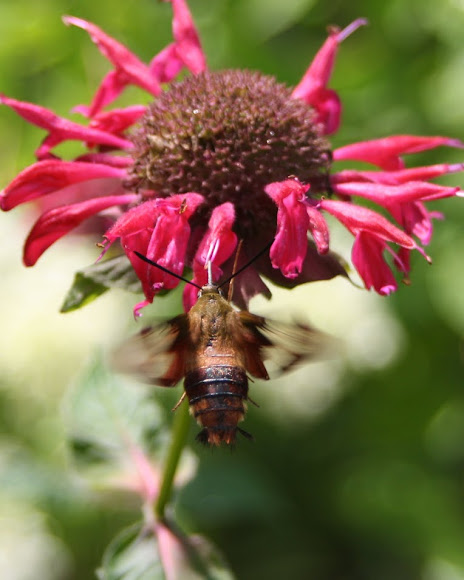 The species with hyaline areas are initially with covered scales, but these are shed during their first flight. The antennae are strongly clubbed in both sexes, with a small recurved hook at the end. The abdomen ends in a large fan-tail of setae which resembles a lobster tail.

The larvae feed on plants including honeysuckle, viburnum, hawthorn, snowberry, cherry, and plum. The moth is found from the Northwest Territories and British Columbia south to southern California and Baja California Norte, east through most of the United States to Maine and Florida.

I've seen the hummingbird moth twice now. Once in my mother in laws flower garden and once at my house after dark. I was fooled both times thinking it was a hummingbird, but they are not as shy.