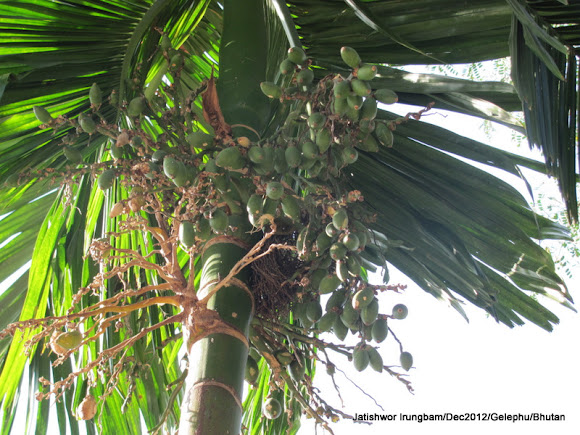 The areca nut is not a true nut, but rather a drupe. It is commercially available in dried, cured and fresh forms. While fresh, the husk is green and the nut inside is soft enough to be cut with a typical knife. In the ripe fruit, the husk becomes yellow or orange and, as it dries, the fruit inside hardens to a wood-like consistency. At that stage, the areca nut can only be sliced using a special scissors-like cutter (known as aḍakattera in Telugu, adake kattari in Kannada,bajjeai in Tulu, adakitta [अडकित्ता] in Marathi, giraya in Sinhala, jaanti in Bengali, paakkuvetti in Malayalam and Tamil, sarautaa in Hindi, and sudi in Gujarati).