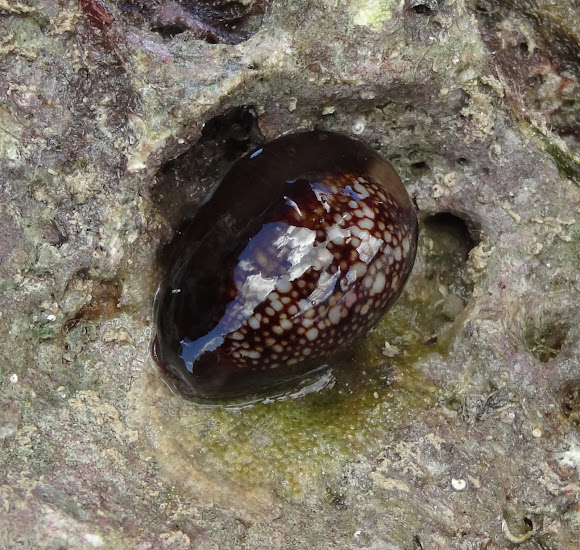 Dark brown cowrie 3-4 mm long with cream-colored spots on the crown of its shell. The light yellow-green mass below the shell in image 1 may be eggs.

Spotted at low tide on the reef flat south of Mokauea Island, off the south shore of Oahu, on the underside of a piece of coral rubble which had been lifted up to see what was there (image 2). The rubble was restored to its original position after imaging the cowrie. Also known as the serpent-head cowrie, the former scientific name of this species was Cypraea caputserpentis. Two sub-species have been named. This is probably Cypraea caputserpentis caputophidii. A casual internet search quickly returns "hits" on at least four different scientific names for this species, including Cypraea caputophidii and Monetaria caputophidii.