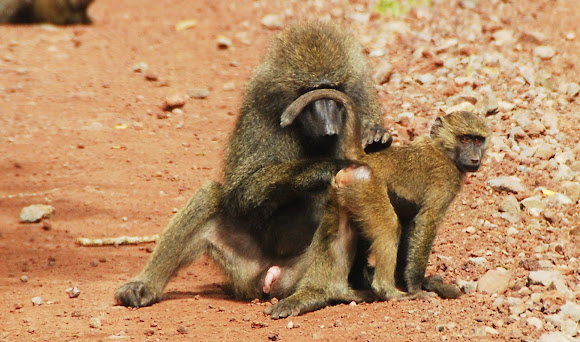 Throughout its wide range, the olive baboon can be found in a number of different habitats. It is usually classified as savanna-dwelling, living in the wide plains of the grasslands. The grasslands, especially those near open woodland, do make up a large part of its habitat, but the baboon also inhabits rainforests and deserts. - Wikipedia

We were luck to see several troops of baboons during our 2nd visit to Arusha National Park. The first time I went there I only saw blue monkeys and black & white colobuses. These troops of baboons were on the road sunning themselves and doing different activities (e.g. playing, mutual grooming, mating, chatting).