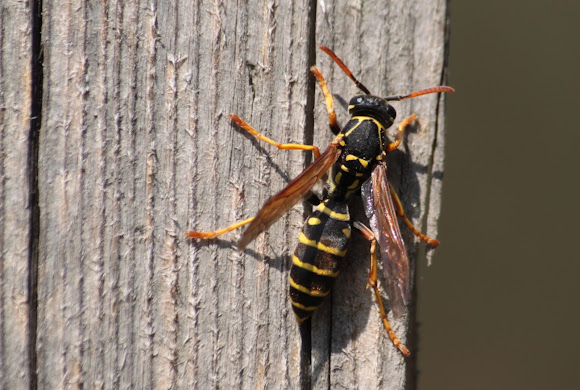 The European paper wasp is about ¾ of an inch long. It has a black body with yellow markings and is slender-bodied with a “thread waist”. A “thread waist” is a common phrase used to identify the definite narrowing of the body between the thorax and abdomen. The European paper wasp is commonly mistaken for the common yellow jacket since it closely resembles the appearance of that species.

The European paper wasp builds its nest in sheltered locations and seems to prefer dark, void areas, like under structure eaves, satellite dishes, inside vent pipes, inside gas grills, wall voids, under decks and inside electrical boxes. Usually, new nests are constructed each year, however, this wasp species is known to sometime reuse old nest sites.