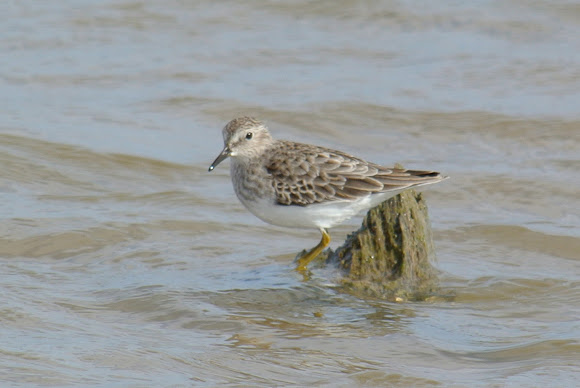 One perched on a small stump, two more were perched on a log warming in the morning sun, and one was feeding along the edge of Lake Lewisville.

Unique among the small sandpipers known as "peeps," the White-rumped Sandpiper shows white above the base of the tail. Its striking rump, along with its distinctive call note, make it readily identifiable in the midst of a flock of flying small shorebirds.

Thanks. I love hiking the shore and finding flocks of these little "peeps"