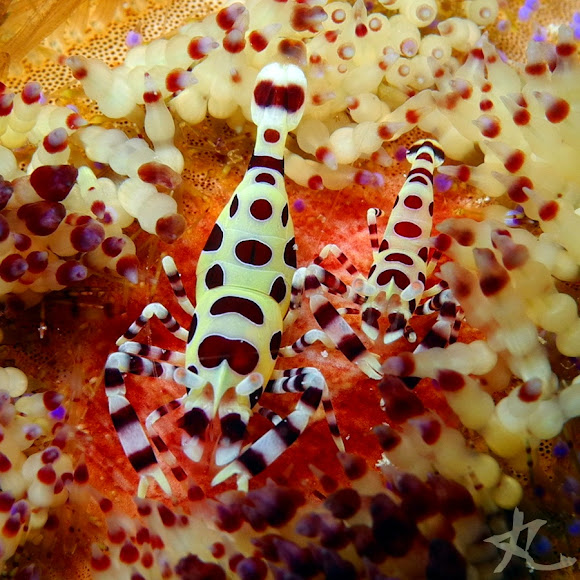 Coleman's Shrimp, a.k.a. Fire Urchin Shrimp, are found exclusively on the fire urchin (Asthenosoma varium). These commensal shrimp are usually in pairs, the larger one being the female. The host urchin's spines do not harm the shrimp, which usually clear an area on the urchin where they perch. They feed on parasites, algae and plankton.

Found on fire urchins, which are in turn found in sandy-bottom areas near reefs. Widespread in the Indo-Pacific region.

These critters had been in absentia from Dayang Beach, Talikud Island for some months, but have recently returned to the area. Spotted this pair at a depth of around 20m. The female measured about 2cm long.

Amazing Blogie! I love these :)