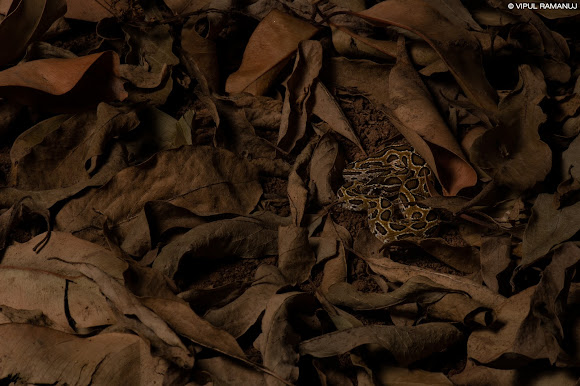 Russell's Viper juvenile doing what it does best, camouflaging itself with the leaf litter.

Since it feeds on rodents, it is often found near human settlements, both in urban and rural areas.

One of the big four venomous snakes of India, Russell's Viper is a terrestrial snake of the family Viperidae. An estimated 1.2 million people have died from snake bites in India in the past 20 years, a new study has found. Russell's Vipers, Common Kraits and Spectacled Cobras being responsible for most deaths. The remaining deaths were caused by at least 12 other species of snakes.