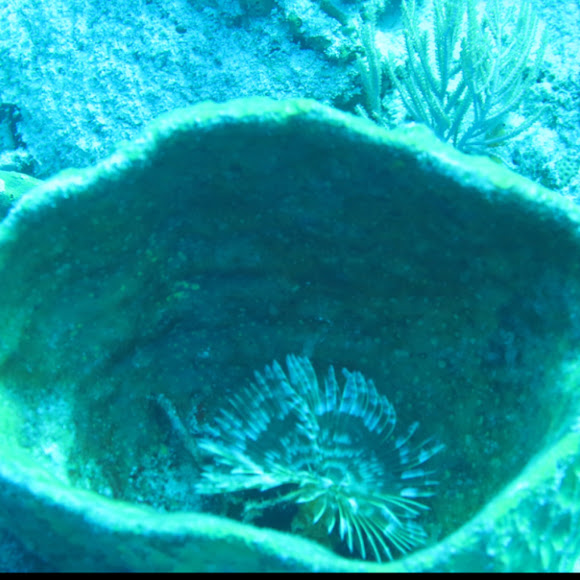 A Split-Crown Feather Duster Worm emerges from its tube. A Split-Crown Feather Duster is a type of worm that lives in a tube that it builds from particles of sand held together with a glue secreted from its body. When it emerges from its tube home, it spreads gills that look a little like a housekeeper's feather duster. These gills also capture microscopic plankton by filtering sea water as water moves through the worm's gills. Feather Duster Worms of all kinds can hide inside their tubes. When approached, the worm will fold its gills and jump down into its tube for safety. The worm can disappear into its tube in the blink of an eye. The Split-Crown Feather Duster's gills are divided into two halves. This divided gill gives the worm its name, as it appears to have a crown of gills that is split into two parts. The gills were approximately 2 inches across.