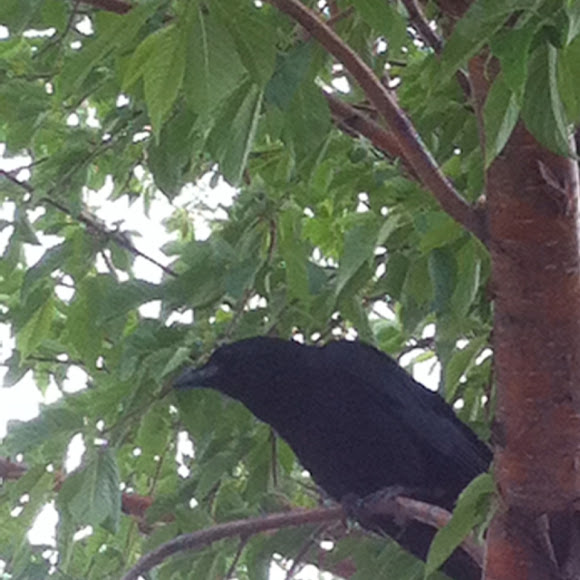 Of the 3 species of Corvus native to Canada, only the northwestern crow (C. caurinus) has a limited range. It inhabits the coast and islands of British Columbia, where it forages along shores, beaches, and tidal flats. The highly adaptable American crow (C. brachyrhynchos) occupies many habitats and feeds on both animal and vegetable matter. It breeds from north-central BC to Newfoundland, but leaves most of that range in the winter. The common raven (C. corax) is also found in most of Canada, but stays year-round.

Both northwestern and American crows tend to forage in open areas but prefer wooded habitats for nesting and roosting. The northwestern crow nests mainly in coniferous trees; the American crow, in deciduous and coniferous trees and, occasionally, in low bushes. The female American crow incubates clutches (groups of eggs) of 4 to 6 eggs. Relationship with Humans In places, crows have proven more harmful than helpful to humans, since although they kill a large number of insects, they also damage crops, particularly corn. They also prey on the eggs and young of many desirable birds.