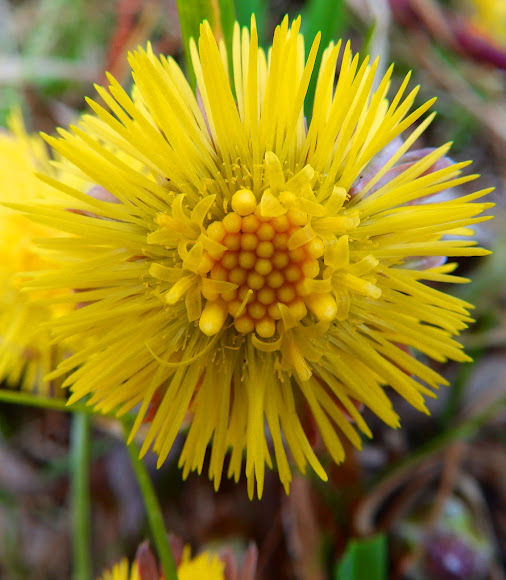 Coltsfoot is a perennial herbaceous plant that spreads by seeds and rhizomes. Often found in colonies of dozens of plants. The flowers, which superficially resemble dandelions, appear in early spring before dandelions appear. The leaves, which resemble a colt's foot in cross section, do not appear usually until after the seeds are set. Thus, the flowers appear on stems with no apparent leaves, and the later appearing leaves then wither and die during the season without seeming to set flowers. The plant is typically 10–30 cm in height. The leaves have angular teeth on their margins.