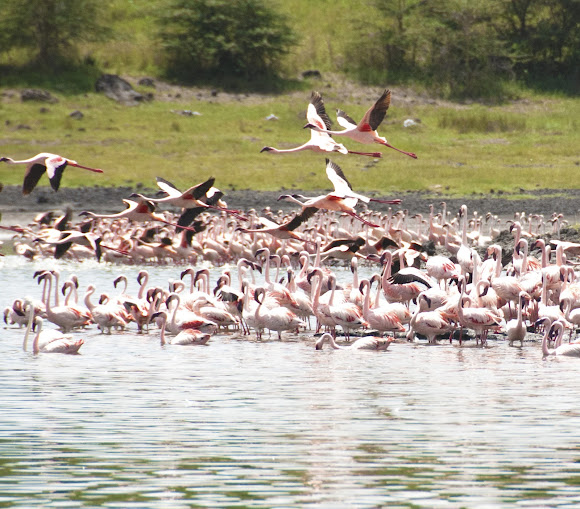 Despite being the most numerous species of flamingo, it is classified as near-threatened due to its declining population and the low number of breeding sites. Right now more than a million of them have gathered in Lake Natron to breed but I spotted several thousands of them in Lake Momela in Arusha, Tanzania. It was a dream come true.

Thanks, Yuko :) Yes, it was a beautiful experience seeing these amazing birds in their natural habitat.

What a wonderful sight!

@FoTony: Thanks :) I made the 3rd photo as the primary one.