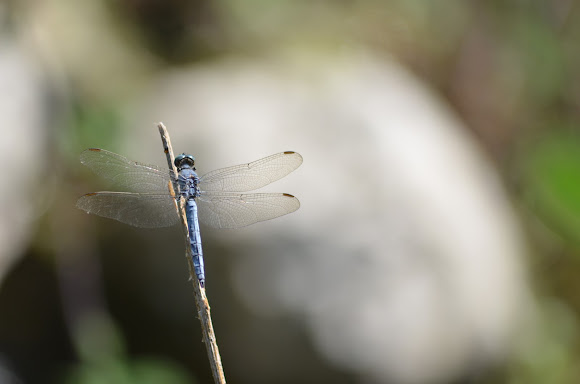 This species resembles the black-tailed skimmer but is slimmer and the male has no black tip. Females and immature males lack the black abdominal pattern. The pterostigma is orange and the thorax usually bears pale stripes. It breeds mainly in peat bogs and flies from June to September.

It is locally common in Cephalonia island. Its typical habitat is acidic heath land, where it is often seen alongside golden-ringed dragonflies.