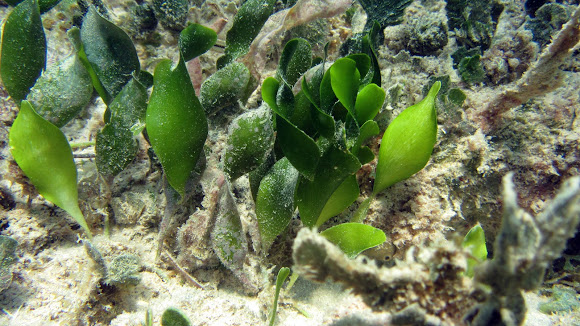 Photo take in a sandy bottom near a coral reef this is one of the most common algas in this area.It has a number of blades or laminae linked by underground stolons which are fixed to the sandy substrate by rhizoids.[3] The blades contain chlorophyll for photosynthesis though the green colour is somewhat masked by other pigments.Around 20 to 30 cm tall.

Found in shallow European waters, the Mediterranean Sea and the warm eastern Atlantic Ocean and also the eastern seaboard of the United States, Mexico and Brazil, as well as certain other scattered locations