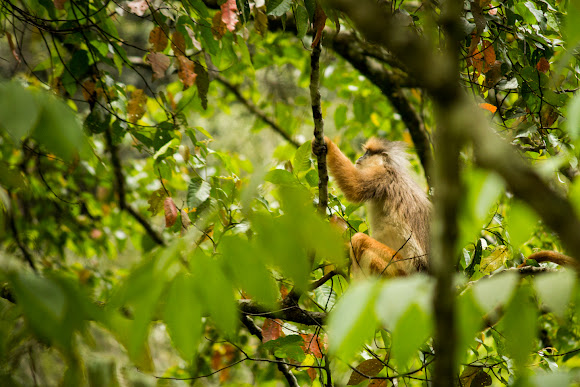 Seen beside the road that connects the towns of Sungaipenuh and Tapan, which crosses the border between Jambi and West Sumatra provinces deep within the boundaries of the Kerinci Seblat National Park.

Every part of Sumatra has a different subspecies of leaf monkey with varying coloration. 4 species and 21 subspecies throughout the island (according to the 1987 edition of The Ecology of Sumatra). http://i44.tinypic.com/343gbk7.jpg

Thanks! Yeah, it's amazing how many different species of leaf monkeys there are spread across Sumatra.

nice spot and shot luke. we only have thomas leaf and silver leaf monkeys/langurs up here in bukit lawang.